Great review for our client EastWest and their latest release Hollywood Backup Singers:

The Best Audio Interface Under $150

Elric is excited :) His video headline says it all. We like the sound of "best". Check out the full review here: 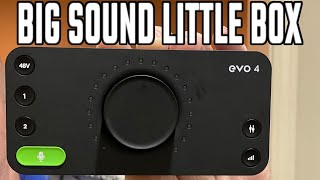 We asked Pro Sound Network to showcase why UA technology is a great solution for live TV sound in the fast paced environment of NBC's Late Night with Seth Meyers, where the 8G Band, house musicians for the show, writes and plays eight new songs every night. A key element of those live performances is the band’s backstage recording setup, which is managed by associate music director Eli Janney who tells PSN: “I’ve been working with UA since the early 2000s when I had cards ins

"I’m an avid UA fan, and I use the shit out of their plug-ins." - Butch Walker

Sound On Sound writer Tony Bacon did an awesome job. We connected him with Butch Walker, on behalf of our client Universal Audio, and the result is a really informative, entertaining interview. Read it here: https://www.soundonsound.com/people/butch-walker